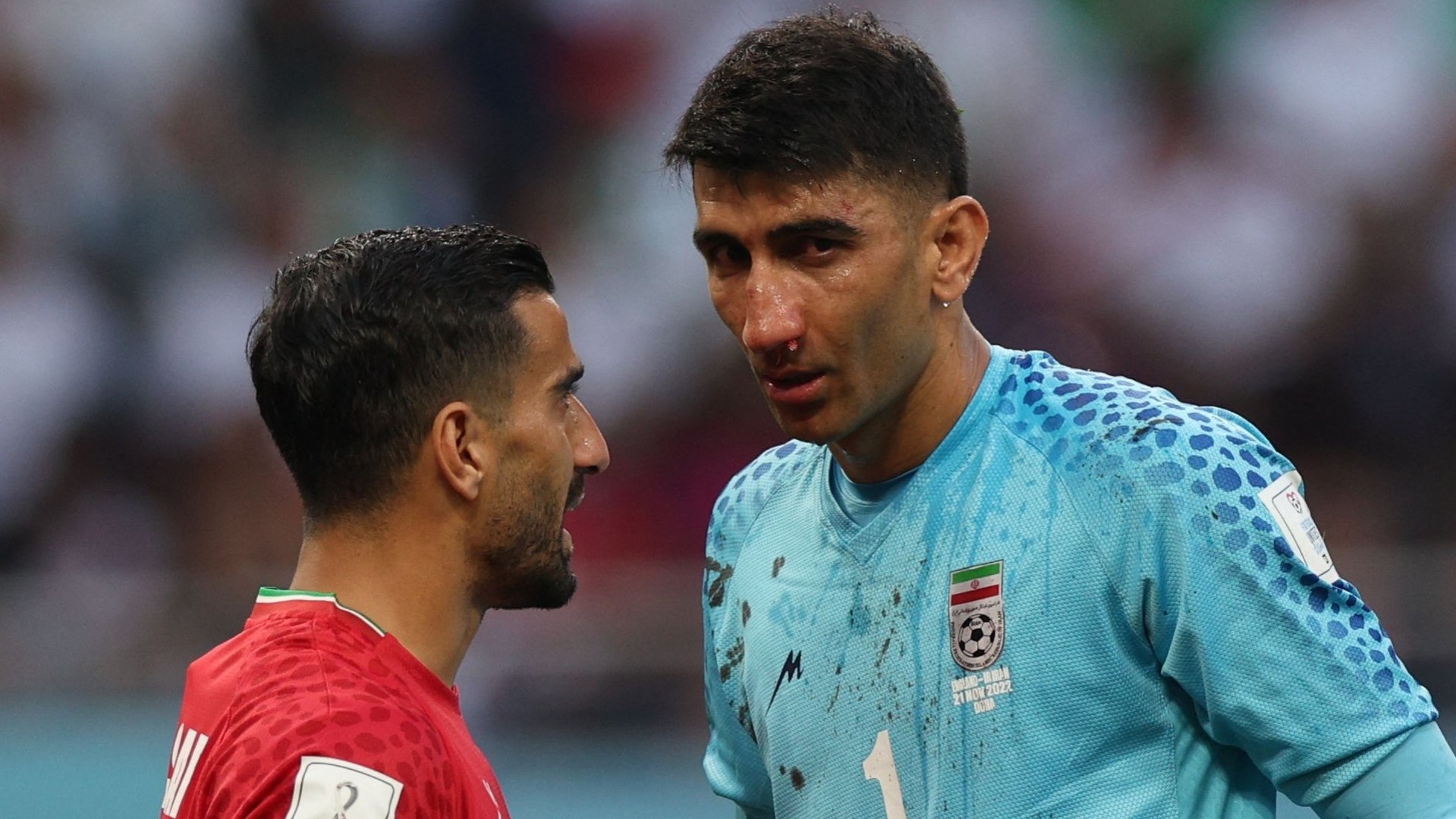 Beiranvand collided with center back Majid Hosseini in the eighth minute when trying to deflect an England cross.

The goalie was immediately rushed to hospital because he suffered a "serious concussion."

Hossein Hosseini came off the bench and conceded six goals.

Iran coach Carlos Queiroz has revealed that Beiranvand has sustained a broken nose from the incident.

“According to my medical information and also the referee’s, they were not able to stop the player bleeding. It was something related to (his) broken nose.