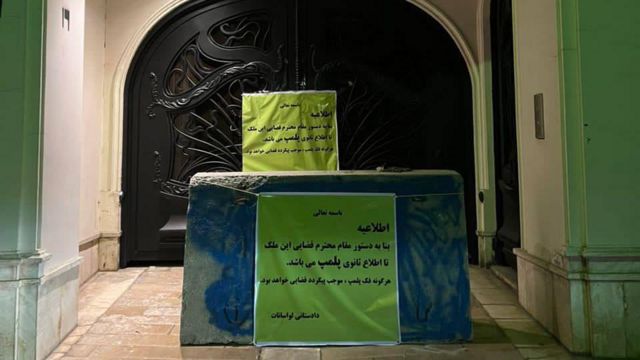 Iranwire - The house of Iranian footballer Ali Karimi has reportedly been confiscated by the authorities over his support for ongoing protests in Iran.

Karimi, who played for the national team from 1998 until 2013, faced calls for his arrest from IRGC-linked media outlets last week.

The veteran player and coach has publicly backed demonstrations in Iran sparked by the death of Mahsa Amini since September 16. He also shared information on how to get around blocks on internet access imposed by the government.

Pictures published on Monday night showed Karimi’s house in Lavasan, Tehran sealed off on the apparent orders of the local prosecutor. The notice had apparently been typed so hastily that there was a spelling mistake in the word "sealed".

Other properties owned by Karimi have reportedly also been confiscated. Earlier in the day, the IRGC-controlled Fars News Agency shared a picture purporting to be an Interpol red notice for Karimi, which could not be verified.

Ali Karimi is currently based in the UAE.