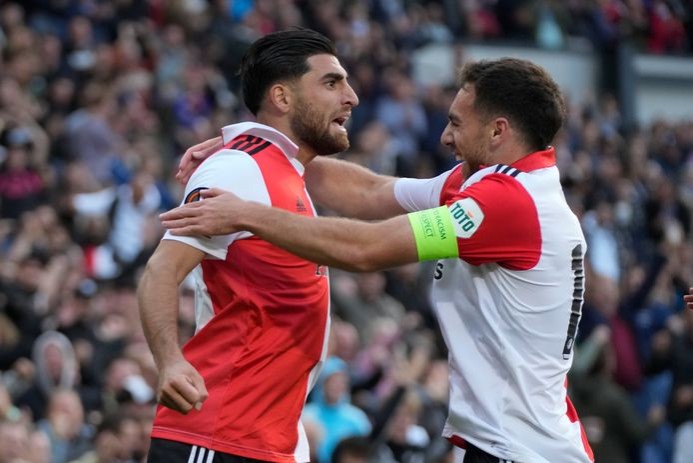 888fixtures - Feyenoord Rotterdam beated SK Sturm Graz 6-0 on Thursday at De Kuip. Feyenoord were hoping to get something from this game after losing 4-2 to Lazio in their previous fixture. Sturm Graz, meanwhile, had been hopeful of extending their winning run, after a 1-0 victory against FC Midtjylland. both teams are now on 3 points and occupy 1st and 4th places respectively after 2 matches.

Feyenoord scored first, when Alireza Jahanbakhsh opened the rout, at 9 minutes. Feyenoord looked to have the match under control when they scored again to grab the advantage, thanks to a goal from David Hancko, 31 minutes in to establish a 2-0. The momentum was again with Feyenoord, who then scored again courtesy of a goal from Danilo on the 34 minute mark to establish a 3-0 result. However they weren’t finished yet and Alireza Jahanbakhsh made it 4-0 just before half-time. The first half ended 4-0.

Feyenoord continued to pile on the pressure in the second period and were rewarded, when Santiago Gimenez found the net on the 66 minute mark. They then scored again, pulling level thanks to a goal from Oussama Idrissi, at 78 minutes to make it 6-0.

Feyenoord will next play FC Midtjylland away, with Sturm Graz facing Lazio at home.