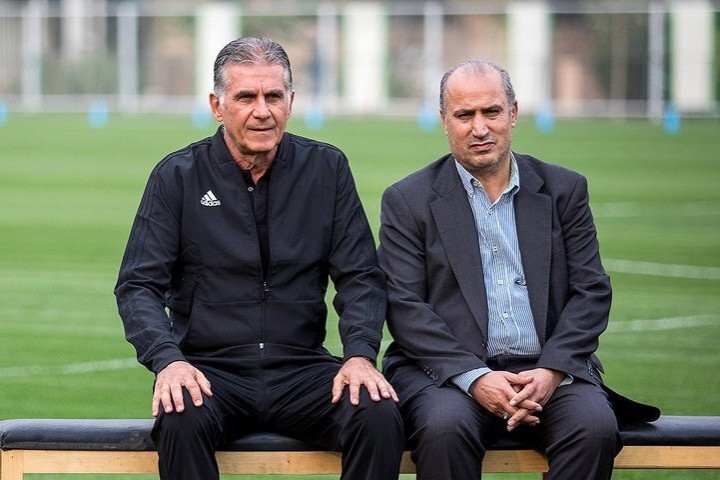 Tehran Times - With 75 days left of the Qatar 2022 World Cup, the Football Federation of the Islamic Republic of Iran (FFIRI) almost appointed Carlos Queiroz as head coach of the Iran national team.

The Portuguese coach will return to Iran for a second spell to coach the Iranian team at the 2022 World Cup. It means the end of Dragan Skocic’s tenure at the Persian Leopard’s dugout.

The board of directors of the FFIRI had a meeting on Thursday to discuss the future of the Iran national team’s plan ahead of the World Cup.

However, after the first meeting of the board of directors with the presence of Mehdi Taj, the newly re-elected FFIRI president, and the spokesperson of the Federation, Ehsan Osuli, claimed that there was no discussion about Queiroz’s coming to Iran as the new head coach of the national team.

“There was discussion about all national football teams,” said Osuli to the reporters after the meeting. But there was no discussion about Mr. Queiroz. The critical issue for the FFIRI board of directors is that all national teams – juniors, seniors, futsal and women teams – should participate in the upcoming tournament with good preparation,” he added.

However, minutes later, it was confirmed by some Iranian media, whose sources were members of the board of directors, Queiroz has been appointed as the new coach of the national team and reported that Mehdi Taj had reached a complete agreement with the 69-year-old coach.

Taj was re-elected president of the Iranian Football Federation at an extraordinary General Assembly held on Aug. 30.

Immediately after Mehdi Taj’s presidency, Iranian media reported that he would bring Queiroz to replace Skocic on the national team’s bench.

Skocic was appointed to the job in February 2020, when back-to-back defeats against Bahrain and Iraq – under Belgian Marc Wilmots - had left Iran on the verge of an early exit of the Asian qualifiers.

The Croatian coach did a great job and made Iran the first Asian nation to book their place via the preliminaries in late January by beating neighbors Iraq 1-0 in Tehran.

However, He was never fully supported by the Iranian Football Federation and finally lost his job in an abnormal condition which is a sign of the turbulence at the IRIFF.

Queiroz has been available since April after failing to take Egypt’s national team to the World Cup. Egypt had also lost the final of the African Nations Cup in January.