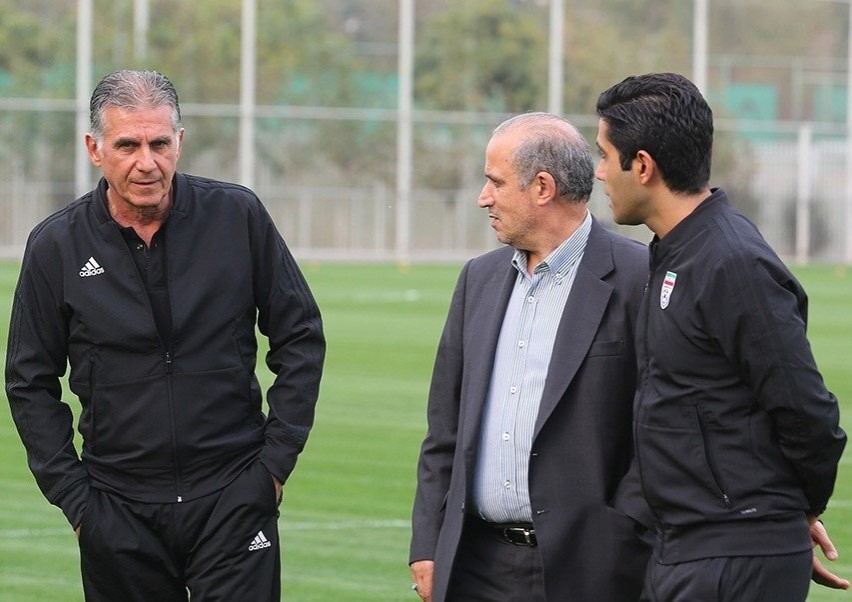 Majedi had previously said the federation would continue cooperation with Dragan Skocic if he took charge of the post but he failed to win the elections.

Now, Taj, president of the Federation from 2016 to 2019, who is one of the most debatable figures in the history of Iranian sports, is leading the country’s football for the second time.

Iran football has been recently forced to pay about four million euros to Marc Wilmots, who was hired by Taj as Iran coach. The Iranians struggled during Wilmots' seven-month tenure, with the former Belgium coach leading the team to losses against Iraq and Bahrain that put progress to the third phase of the 2022 World Cup preliminaries in peril.

So many Iranian experts and fans have already shown their support for the Croatian coach after the Technical Committee of the federation announced that Skocic should be replaced with a new coach. They believe that it’s not right time to change the coach and the National Team must participate in the World Cup with the current coaching staff.

With less than three months to go before the 2022 FIFA World Cup starts, any change could make things worse. There is a separation at the current team and Queiroz’s return to the Team will worsen the situation. However, Skocic cannot help the team due to misconduct made by the federation over the past months as well.

Iran have been drawn in tough Group B along with England, the U.S. and Wales.

With Taj back in charge, a decision on Skocic’s future could be made within the coming days.

Queiroz was sacked as Egypt coach in April after the Pharaohs were beaten by Senegal in the final of the African Cup of Nations and then lost again to Senegal in the World Cup qualifying rounds to miss out on a place in Qatar.

Now, the Portuguese coach is a candidate to take charge of Iran football once again, however, he will not be welcomed by many Iranians.