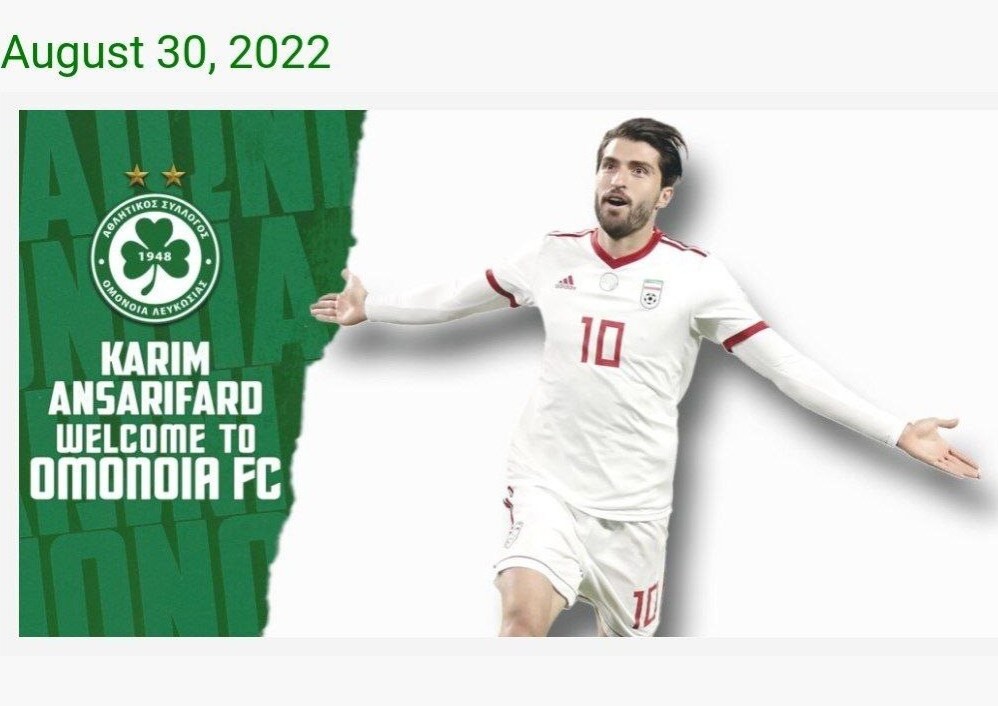 The 32-year-old player has penned a two-year deal with Omonia with an option of a further year.

The Iranian center-forward was a member of Greek team AEK from 2020 to 2022 and parted ways with them by mutual consent.

THE Ansarifard he was acquired by the Union in the summer of 2020 and scored a total of 20 goals. Matias Almeida did not have him in his plans and decided to end the collaboration with him.

“We announce the agreement in principle with the 32-year-old international Iranian central striker, Karim Ansarifard, who in recent years has been playing for AEK Athens. He also wore the shirt of CA Osasuna and Nottingham Forest. He is an active international with the Iran national team. The footballer will come to Cyprus to complete the agreement”, Omonia wrote on their website.