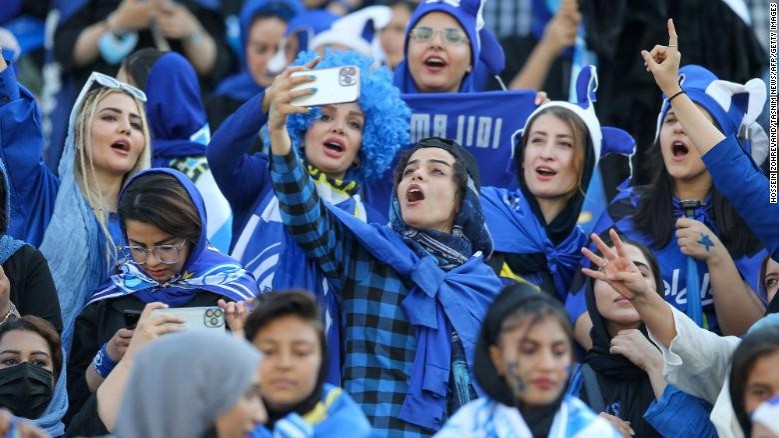 CNN - Hundreds of Iranian women attended a professional domestic football match in Tehran for the first time in over 40 years, following a ban on women attending sports stadiums.

Women were separated from men in the stadium and entered through a special entrance via a car park, according to the Iranian Football Federation website.

Iran's ban on women attending sports stadiums is not written into law but was put in place shortly after the 1979 Islamic Revolution.

While Thursday was the first time in over 40 years Iranian female soccer fans were allowed to watch a domestic game, women have been able to attend a small number of national matches. 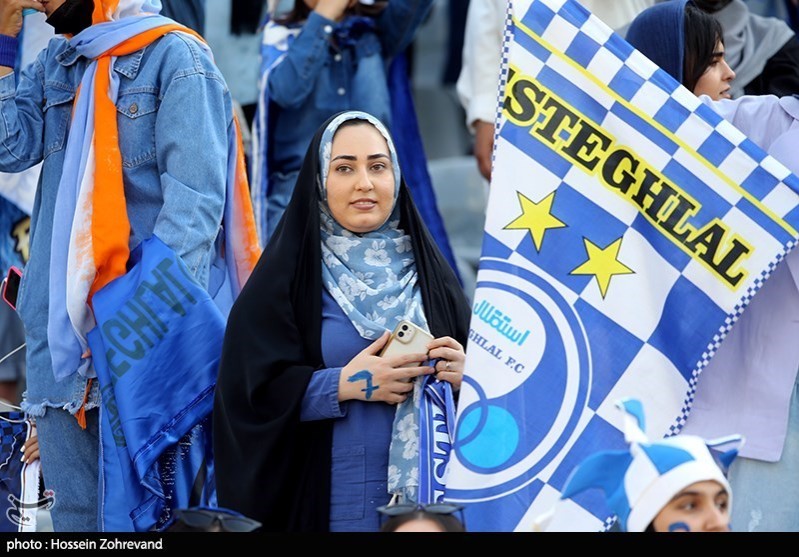 Five hundred women were granted access to the match, where they were separated from men and entered the stadium via a separate entrance.

This year, Iranian women were allowed to share a landmark moment as Iran secured qualification for November's World Cup in Qatar.

Three years before that, thousands of women were permitted to attend a World Cup Qualifier game between Iran and Cambodia in 2019, following pressure from human rights groups and the sport's world governing body, FIFA.

Thursday marked the first time in over 40 years women were allowed to watch a domestic game.

That year, FIFA had come under increasing pressure to force Iran to overturn its ban on women entering sports stadiums, in particular following the death of Sahar Khodayari, a female fan who set herself on fire after she was denied access to a football stadium in Tehran.

Dubbed the "Blue Girl" on social media after the colors of her favorite Iranian football team, Esteghlal, Khodayari was charged with "openly committing a sinful act" by "appearing in public without a hijab" when she attempted to enter a stadium "dressed as a man" in March 2019, according to human rights group Amnesty International.

Women on Thursday were heard chanting "Blue Girl" -- a tribute to Khodayari years after her death.